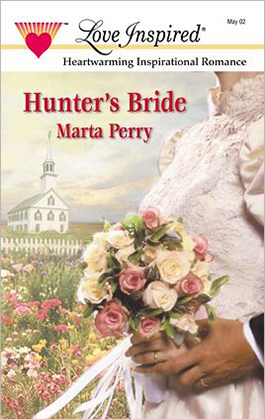 Thanks to one little white lie, Chloe Caldwell's family believed she was dating her handsome boss, and they'd just invited Luke Hunter to a family celebration. Chloe intended to set the record straight. Until Luke handed her plane tickets for two...and it looked as if her prayers had been answered.

But being back with her family and their homespun values made Chloe question what she wanted in life. Especially when se learned Luke's real reasons for coming. And it wasn't until she glimpsed the loving man this hard-edged executive could be that Chloe discerned God's plan. Could He now help her guide Luke back to his faith--and into her loving arms?

Chloe Caldwell was in trouble--deep, deep trouble. She tried to stand up straight against the intent, ice blue stare of her boss, Luke Hunter. He wore the look some of his business rivals had compared to being pierced by a laser. She began to understand the feeling.

Southern women have skin like magnolia blossoms and spines like steel. Gran's voice echoed in her mind. Have you lost yourself up north among them Yankees, Chloe Elizabeth?

Maybe she had. She took a strained breath and met Luke's gaze. "I don't know what you mean."

His black eyebrows arched. "It's a simple question, Chloe." He held up a sheet of off-white notepaper covered with spidery handwriting. "Why does your grandmother think you and I are a couple?"

Possibly, if she closed her eyes, she'd open them to find this was all a dream-- no, a nightmare. Oh, Gran, she thought despairingly, whatever possessed you to write to him? Gran couldn't have known that Luke's habit of arriving early at the office meant that he saw the mail first. If she'd seen it-- but she hadn't.

Luke was waiting for an answer, and no one had ever accused Luke Hunter of an abundance of patience. She had to say something.

"I can't imagine." Liar, the voice of her conscience whispered. "May I see the letter?"

She held out her hand, trying to find enough of that steel Gran insisted she had so that her fingers wouldn't tremble and give her away. Luke held the paper just out of her reach for a moment, like a cat toying with a mouse, and then surrendered it. He leaned back against the polished oak desk that the Dalton Hotel Corporation considered appropriate for a rising executive. He should have looked relaxed. He didn't.

She shot a hopeful glance toward the telephone. It rang all day long. Why not now? But the phone remained stubbornly silent. Beyond the desk, large windows looked out on a gray March day in Chicago, an even grayer Lake Michigan. No sudden tornado swept down to rip the sheet from her hand.

She forced her attention to Gran's letter. She'd barely begun to decipher the old-fashioned handwriting when Luke moved restlessly, drawing her gaze inevitably back to him.

She'd long ago realized that Luke Hunter was a study in contradictions. Night-black hair and eyebrows that were another slash of black contrasted with incredibly deep blue eyes. The strong bones of cheek and jaw reflected his fierce tenacity, but the impression was tempered by the unexpected widow's peak on his forehead and the cleft in his chin.

It didn't take one of Gran's homegrown country philosophies to tell her what to think of Luke. A man with a face like that had secrets to hide. He wore the smooth, polished exterior that announced a rising young executive, but underneath was something darker, something that ran against the grain. She'd been his good right arm for nearly six years and never seen more than a hint of it, but she knew it was there.

She took a breath. "I'm sorry that you received this." The paper fluttered in her grasp. "I don't know why Gran decided to send you an invitation to her 80th birthday party."

"Oh, she says why." Luke leaned forward, invading her space. "She thinks I'm your 'beau.'" His tone put quotes around a word she'd never expected to hear from him. "Why does she think that?"

"My grandmother is an elderly lady." She tried to convey the image of someone frail and confused, while sending a fervent mental apology to her peppery Gran. No one who knew her would dare to call Naomi Caldwell frail or confused.

"She sounds pretty coherent to me." He plucked the letter back from her, and she had to fight to keep from snatching it. "If she thinks that, it must be because someone gave her that idea."

She stopped the prayer before it could become any more self-serving than it already was. Obviously no heavenly intervention was going to excuse her from the results of her own folly.

"I'm afraid I must have." She picked her way through the words carefully, as if she were back on the island, picking her way through the marsh grasses. "I think it happened when you gave me those symphony tickets. When I told her about it, she misunderstood. She assumed we went together."

"And you didn't correct her?"

She felt color warm her cheeks. "I thought . . . " Well, that sentence was going nowhere. Try again. "My grandmother worries about me. You have to realize she's never been farther from home than Savannah. Chicago is another world to her. Once she thought I was dating someone safe, she stopped worrying so much."

His eyebrows lifted. "Am I safe, Chloe?"

She'd stepped in a bog without seeing it. "I mean, someone she'd heard of. Naturally, I've often spoken of my boss." Probably more than she should have. "I didn't tell her any lies. I just . . . didn't clear things up." It was time to get out of this situation with as much remaining dignity as she could. "I'm sorry you were bothered with this. Naturally I'll tell her you won't be coming to Caldwell Cove."

Luke looked again at the letter, with some sharpening of attention she didn't understand. "That's in South Carolina, isn't it?"

She nodded. "It's on Caldwell Island, just off the coast."

"Caldwell Cove, Caldwell Island. Sounds as if you belong there, Chloe."

The faint trace of mockery in his voice stiffened her. "I belong here now."

"Still, to have a whole island named after you must mean something."

"It only means that my ancestors were the first settlers. They gave their name to the village and to the island. It doesn't mean every descendant stays put." She hadn't.

She held out her hand, hoping he'd give her that embarrassing missive so she could destroy it. "Again, I'm sorry."

But he turned away, dropping the letter onto his desk. He glanced back at her, amusement in his eyes. "I'm not. It's been an interesting break in the routine."

"Speaking of which--" She looked at her watch. "You have a meeting with Mr. Dalton at eleven."

"No." The amusement disappeared from his face. "He was in early, and he talked with me then."

It went without saying that Luke had been in early. She sometimes wondered when he slept.

"I see. Are there any meeting notes I should take care of?"

"None." His voice contained an edge. "Just get me the Branson file, that's all."

He moved effortlessly back to Dalton Hotels business, obviously dismissing her and her small problems from his mind. She could escape. She'd reached the door when his voice stopped her.

"Yes?" She turned back reluctantly.

"Too bad I won't be seeing Caldwell Cove. It might have been fun at that."

Fun? She tried to imagine Luke Hunter, urban to the soles of his handmade Italian shoes, in Caldwell Cove. No, she didn't think that would have been fun for anyone, least of all her. She gave him a meaningless smile and scurried out the door.

Once safely behind her desk, she took a deep breath, trying to quell the flood of embarrassment. It's your own fault, the voice of her conscience said sternly, sounding remarkably like her grandmother. You set this in motion with your fairytales.

Fairytales, that's all they'd been, innocent fairytales. Letting Gran believe she and Luke Hunter were a couple had let her believe it, too, for a time. She shied away from that thought.

She should have realized that sooner or later this would backfire. She pressed her fingers to her temples, trying to erase the pounding that had begun there the moment she'd seen her grandmother's letter in Luke's hand. She'd known he'd never give up until he had the whole story. That tenacity of Luke's had played a major role in his success at Dalton Resorts.

She'd seen that quality when she'd first met him, when she came to Chicago six years ago. His office had been the size of a broom closet then, and she'd been the greenest member of the secretarial pool, homesick for the island and trying to find her way through the maze of corporate politics.

She'd learned fast, though probably not as fast as he had. She'd discovered that she'd better get rid of her soft Southern drawl if she didn't want to be made fun of, and she'd found that there were as many alligators in the corporate structure as she'd ever seen in the lagoons on the island. She'd realized that if you wanted to survive, you attached yourself to a rising star.

That star had been Luke Hunter, with his newly minted MBA and his fierce, aggressive intelligence. They'd come up together, working long hours until they'd become a team, almost able to read each other's thoughts. She'd identified herself with his interests, and she'd never regretted that move. Until, possibly, today, when her two worlds had collided.

She looked at the framed family photo on her desk, and warmth slipped through her. The Caldwell kin, everyone from Gran to little Samuel, aunts, uncles, brothers, cousins, even second cousins twice removed, had gathered on the dock for that picture. It was a wonder the weathered wooden structure hadn't collapsed. She could still smell the salt tang in the air, feel the hot sun on her shoulders and the warm boards beneath her bare feet, hear the soft Southern voices teasing.

She'd told Luke she belonged here now, but she wasn't sure that was true. She'd made friends, found a church home, learned her way around, but she'd never developed that sophisticated urban manner her friends wore so easily. Maybe the truth was, she was trapped between her two worlds, and she wasn't sure which one claimed her.

But Luke Hunter didn't need to know that. Any more than he needed to know the real reason she'd let Gran believe she was dating him. Not for Gran's sake, but for her own.

You've got a crush on that corporate shark. She could still hear in incredulity in her friend Marsha's voice when she'd let her secret slip. Girl, are you crazy? That man could eat you alive.

Chloe traced the family photo with one finger. When the call had come about her father's accident, it had been Luke who'd taken control in that nightmare moment. She'd been almost too stunned to function at the thought of her strong, vibrant father, the rock they all depended upon, lying still and white in a hospital bed.

Luke had arranged her flight home, he'd had a limo rush her to the airport, he'd even watered her plants. He'd never questioned her need to stay on the island until Daddy was on his feet again.

No, Marsha didn't understand that, but she'd been right. Chloe Caldwell did indeed have one giant-sized crush on her boss.