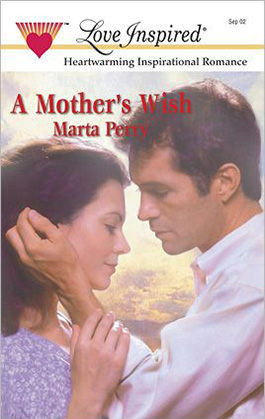 After years of trotting around the world, running from his faith, detaching from love, stunning eventshad flung the handsome bachelor back to quaint Caldwell Cove. But widow Sarah Reed, publisher of the Cove’s Gazette, couldn’t imagine that Matt’s sudden return would be anything but trouble for her and her young children.

A BLESSING OR A CURSE?

Then the unlikely business partners met, and her once-silent partner, Matt, was no longer silent. Sarah had never imagined that love strikes twice, but she was beginning to hope that the heavens were smiling down on her. And that the path to righting old wrongs would turn out to have hidden blessings.

If he had to go into exile for the next six months, he couldn't pick a better place than this. Matt Caldwell paused outside the office of the Caldwell Cove Gazette and took a deep breath, inhaling a mixture of sea, salt, and the rich musky aroma of the marshes. Home--Caldwell Island, South Carolina. He'd know that distinctive smell in an instant no matter where he was on the globe. Quiet, peaceful . . .

Pop, pop, pop-- a sharp sound broke the drowsy June silence. Matt's stomach lurched. He ducked in the response that had become second nature in the last few years, adrenaline pumping, fists clenching. He had to get everyone to cover.

Fragmented imaged shot through his mind. He smelled the acrid smoke of explosions, felt the bone-jarring crash, heard the cries of children.

It took seconds to remind himself he was in Caldwell Cove, not on a bomb-ridden Indonesian street, seconds more to identify the sound. Some kid must be playing with caps in the lane beside the newspaper office.

A few quick strides took him around the corner of the weathered gray building. Sure enough, that's what it was. The gut-wrenching fear subsided, to be replaced by anger. Those boys were way too young to be playing with caps. What kind of parents did they have, anyway?

"What are you doing?"

His sharp question brought two young faces looking up at him. Their faces wore identically startled expressions. Almost identical, he realized. They had to be brothers, both towheads with round faces and big blue eyes. The older one couldn't be more than six or seven. Definitely too young to be smashing a strip of caps with a stone. He was surprised kids could even get their hands on those things now.

"We weren't doing anything." The speaker clasped his hands behind his back. His little brother nodded agreement, blue eyes round with surprise. "Honest."

Matt frowned at the word. Honest was the last thing the kid was being. "You were playing with caps. Don't you know that's dangerous?"

The older boy tried a smile. "We were careful. We didn't get hurt."

"Yet." It wasn't any of his business, but these two might injure themselves. He couldn't just walk away. "Where's your mother?"

When they didn't answer he planted his hands on his hips and glared, waiting. "Well?"

The woman flew around the corner as she spoke. She grabbed the boys and pulled them against her.

Matt looked into eyes the same shade of blue as the kids', sparkling with indignation. Her softly rounded face and curling brown hair reminded him of a Renaissance portrait, but her expression spoke more of a mother tiger, ready to protect her young.

"Why were you shouting at my sons?" She threw the words at him.

"I heard you." Her indignation turned to anger, sparking his own in return.

"Maybe you'd shout, too, if you were paying attention to your own kids." He knew as he said it he was going too far, but the emotions of the past months still rode him, erasing normal politeness. "Or don't you care what they're up to?"

The woman's mouth tightened, and she looked as if she reviewed several things she might say before responding. "I can't imagine what concern my child-rearing is to you."

"It isn't. But I have to care when I see kids in danger." He forced away the images that still haunted his dreams-- of crying children huddled into makeshift bomb shelters or lying still on crowded hospital beds. "Your little angels were playing with caps."

"Caps?" That stopped her dead. She switched to the kids, looking into their faces with a hand on each one's shoulder. "Ethan? Jeffrey? Is that right?"

He waited for the quick denial again, but it didn't come. Apparently they had more trouble fibbing to her than to a stranger. The younger one looked down; the older flushed and nodded.

"Ethan, that's not the point. You know better, both of you. Where did you get caps?"

The kid looked as if he searched for an appropriate answer and didn't find it. Finally he shrugged. "We found them. In that old shed back there." He pointed toward the rear of the building, where a tumbledown shed leaned against the next building.

"I told you . . . " The woman stopped, and Matt saw the pink in her cheeks deepen. She probably didn't want to be having this discussion in front of him. "Go to your room, both of you. Right now. We'll talk about this in a bit."

The boys scampered around the building, and the woman looked as if she'd like to do the same. But she turned to face him, her color still high.

"I'm sorry." The words were stiff, making it clear she hadn't forgiven his sharp words. "I appreciate your concern."

He shrugged. "It's nothing." He wanted to walk away and get on with his own affairs, but the awkward moment seemed to demand something more. He was back in Caldwell Cove now, where everyone knew everyone else, usually for a generation or two.

"Matt . . . " Her eyes widened with what might have been surprise but looked like shock. "I should have recognized you."

He started to make the polite response he always did when someone gushed that they'd seen him on television, reporting from one trouble spot or another. But she didn't give him the chance.

Sarah Reed. Now he was the one left speechless with surprise. The woman he'd basically accused of being a careless mother was his new partner at the Caldwell Cove Gazette.