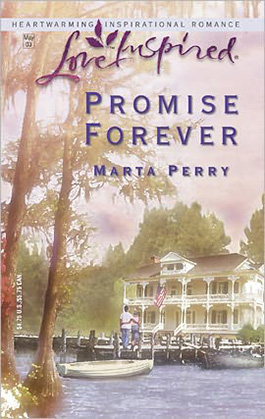 "YOUR SON." Two words had never held such power over CEO Tyler Winchester. He wouldn't have believed them, but the child in the photo he stared at resembled someone he'd never forget: Miranda Caldwell, the woman who had stolen his heart eight years before. The two of them had fallen crazy in love, but their runaway marriage had unraveled as quickly as it had started.

Seeing Miranda again brought back feelings Tyler had long since abandoned--feelings of love and forever. But family, serenity, and the faith she embraced weren't high on his life's to-do list. Tyler had thought nothing could change that...until Miranda looked into his eyes once again and little Sammy called him "Daddy."

Tyler Winchester ripped open the pale blue envelope that had arrived in the morning mail. A photograph fluttered onto the polished mahogany desktop. No letter, just a photograph of a young boy, standing in the shade of a sprawling live oak.

He flipped it over. Two words had been scrawled on the back-- two words that made his world shudder.

For a moment he couldn't react at all. He shot a glance toward the office doorway, where his younger brother was trying to talk his way past Tyler's assistant. Turning his back on them, Tyler studied the envelope. Caldwell Cove. The envelope was postmarked Caldwell Cove, South Carolina.

Something deep inside him began to crack painfully open. The child's face in the picture was partly shadowed by the tree, but that didn't really matter. He saw the resemblance anyway-- the heart-shaped face, the pointed chin. Miranda.

The boy was Miranda's child, certainly. But his? How could that be? He'd have known. She'd have told him, wouldn't she?

The voices behind him faded into the dull murmur of ocean waves. A sea bird called, and a slim figure came toward him from the water, green eyes laughing, bronze hair rippling over her shoulders.

His jaw clenched. No. He'd closed off that emotional corner of himself a long time ago, sealing it securely. He wouldn't let it break open.

The truth was, he didn't know what Miranda might do. It had been-- what, eight years? He stared at the photo. The boy could be the right age.

He spun around, his movement startling both his brother and his assistant into silence. Josh took advantage of the moment to move past Henry Carmichael's bulk. He looked from Tyler's face to the photo in his hand, gaze curious. "Is something wrong?"

"Nothing." Nothing that he wanted to confide in Josh, in any event. He slid the photograph into his pocket.

"Not now." He suspected he already knew what Josh wanted to talk about. Money. It was always money with Josh, just as it was with their mother and with the array of step- and half-siblings and relatives she'd brought into his life. The whole family saw Tyler as an inexhaustible account to fund their expensive tastes.

You can't count on anyone but yourself. His father's harsh voice echoed in his mind. They all want something.

He shook his head, then looked at Henry. He could at least trust Henry to do what he was told without asking questions that Tyler had no intention of answering. "Have the jet ready for me in two hours. I'm flying to Savannah."

"Savannah?" Josh's voice suggested it might as well be the moon. "What about the Warren situation? I thought you were too involved in that contract negotiation to think about anything else."

He spared a thought for the multi-million-dollar deal he'd been chasing for months. "I'll be a phone call or fax away. Henry will keep me posted on anything I need to know."

"Whatever you say." Henry's broad face was impassive as always. Henry was as unemotional as Tyler, which was probably why they worked so well together.

Tyler crossed the room quickly, pausing to pull his camel hair coat from the mahogany coat rack. It had been a raw, chilly March day in Baltimore, although Caldwell Cove would be something else.

Again the image shimmered in his mind like a mirage. Surf. Sand. A laughing, sun-kissed face. His wife.

They all want something. What did Miranda want?

He shoved the thought away and strode to the door. He'd deal with this, just as he dealt with any project that went wrong. Then he'd bury the memory of his first love so deeply that it would never intrude again.