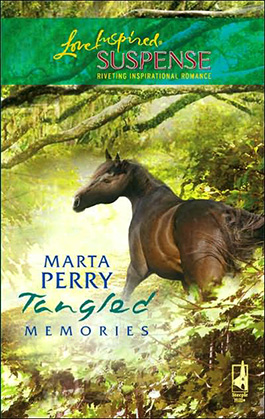 Finally meeting the wealthy family she'd never known should have given Corrie Grant the information about her father she'd craved all her life. But the Mannings of Savannah were a secretive and hostile bunch. All except Lucas Santee, her grandfather's sophisticated right-hand man, who stood between Corrie and her relatives' unrelenting barbs and slights.

The family's suspicion of her seemed frivolous at first, but when a mysterious series of accidents occurred, Corrie was forced to take it seriously. How far would the Mannings go to keep their secrets buried forever?

For twenty-nine years, Corrie Grant had thought she'd never know who her father was. Now she knew, and no one would believe her.

No one, at this point, was represented by a pair of smooth, silver-haired attorneys with Southern drawls as thick as molasses. They looked about as expensive as this hotel suite, where she sank to the ankles in plush carpeting. The denim skirt and three-year-old sweater she usually wore for her monthly shopping trip had definitely not been right for this meeting. She hadn't known Cheyenne, Wyoming boasted a hotel suite like this.

She slid well-worn loafers under her chair and straightened her back. You're as good as anyone, her great-aunt's voice echoed in her mind, its independent Wyoming attitude strong. Don't you let anyone intimidate you.

"I've already told you everything I know about my parents." Her words stopped one of the lawyers-Courtland or Broadbent, she didn't know which-in mid-question. "I came here to meet Baxter Manning." Her grandfather. She tried out the phrase in her mind, quite ready to say it aloud yet. "Where is he?"

"Now, Ms. Grant, surely you understand that we have to ascertain the validity of your claim before involving Mr. Manning, don't you?"

Courtland or Broadbent had the smooth Southern courtesy down pat. He'd just managed to imply that she was a fraud without actually saying it.

She gripped the tapestry chair arms, resisting the impulse to surge to her feet. "I'm not making any claims. I don't expect anything from Mr. Manning. I just want to know if it's true that his son was my father."

Twenty-nine years. That was how long Aunt Ella had known about her mother's marriage and kept it from her. Corrie could only marvel that she hadn't pressed for answers earlier. She'd simply accepted what Aunt Ella said-that her mother had come home to Ulee, Wyoming, three-months-pregnant, at eighteen. That she'd died in an accident when Corrie was six months old. That her mother had loved her.

Pain clutched her heart. Was that any more true than the rest of the fairy tale?

The attorneys exchanged glances. "You must realize," one of them began.

She shot to her feet. "Never mind what I must realize." Coming on top of the struggle to stretch her teaching salary and the meager income from Last Chance Café to pay Aunt Ella's hospital bills and funeral expenses, she didn't think she could handle any further round-around. "I'm done here. If Mr. Manning is interested in talking to me, he knows where to reach me. I'll be on my way."

She was half-way to the door when the voice stopped her.

She turned, pulse accelerating. The man who'd come out of the suite's bedroom was older than either of the lawyers-in his seventies, at least. Slight and white-haired, his pallid skin declared his fragility, but he stood as straight as a man half his age.

He lifted silvery eyebrows. "Aren't you going to call me 'Grandfather'?"

He let out a short laugh. "Fair enough, as I have no intention of letting you." He extended his hand to one of the attorneys without looking. The man gave him the copies she'd brought of her mother's marriage certificate and her own birth certificate.

"The birth certificate doesn't name a father." He zeroed in on the blank line, his gaze inimical.

She'd learned, over the years, to brace herself for that reaction whenever she had to produce a birth certificate. You're a child of God, Aunt Ella would say. Let that be enough for you.

Not exactly what a crying eight-year-old had wanted to hear, but typical of the tough Christian woman who'd raised her. Ella Grant had taken what life dished out without complaint, even when that meant bringing up an orphaned great-niece with little money and no help.

"According to my great-aunt, when I was born my mother was afraid her husband's family would try to take me away. Later, she decided that they had a right to know." She kept her gaze steady on the man who might be her grandfather. "You had a right to know. She left for Savannah to talk to you about me when I was six months old. She died in an accident on the trip."

An accident--that was what Aunt Ella had always said. It was what Corrie had always believed, until she'd been sorting through Aunt Ella's papers after her stroke. She'd found the marriage license and the scribbled postcard, knocking down her belief in who she was like a child's tower of blocks.

He made a dismissive gesture with the papers. "Grace Grant never returned to Savannah after my son died." His voice grated on the words. With grief? She couldn't be sure. "If you are her daughter, that still doesn't guarantee my son was your father."

Her temper flared at the slur, but before she could speak, one of the lawyers did.

Manning shot him an annoyed look. "From what I've learned, that's not likely to be conclusive with the intervening generation gone."

"Nevertheless-" The lawyer's smooth manner was slightly ruffled. Obviously the attorneys would prefer that he let them deal with this situation.

"I have no objection to a DNA test." Why would she, if there was even a chance that it would answer her questions? Who am I, Lord? I know I'm Your child, but I have to know more.

Manning tossed the papers on the table, bracing himself with one hand on its glossy surface. "It doesn't matter. You won't get anything from me in any event."

"I don't want anything." That was what they seemed incapable of understanding. "All I want is to know something about my father. Nothing else."

His mouth twisted. "Do you really think I'll believe that?"

The truth sank in. Manning didn't believe her, and he wouldn't help her.

"No, obviously you can't." She wouldn't offer to shake hands. If her father had been anything like this man, maybe she was lucky he'd never been a part of her life. "I can't say it's been nice meeting you, Mr. Manning, but it's been interesting."

She turned toward the door again, holding her head high. Aunt Ella wouldn't have expected anything less. But the disappointment dragged like a weight pressing her down, compounding her still-raw grief.

"Just a minute." Manning's voice stopped her again. "I have a proposition for you."

"Proposition?" She turned back slowly, not sure she wanted to hear anything else he had to say.

A thin smile creased his lips. "I won't claim you as a grandchild, understand that. I won't give you anything. But you may come and stay at my house in Savannah for a few weeks." The lawyers were twittering, but he ignored them. "If you mean what you say, that will give you a chance to learn something about my son."

"If you don't believe I'm your grandchild, why would you want me there?" She eyed him, wondering what was in his mind. His smile grew a bit unpleasant. "Ever heard the expression, 'putting a cat among the pigeons'? I suppose not. Never mind my motives. They are not your concern."

"Mr. Manning, we really don't think this is a good idea." Courtland and Broadbent exchanged glances.

Manning transferred his grip from the table to the back of the chair, leaning heavily, obviously tiring. "You make the arrangements. She can go now, while I'm still out of town. Lucas will take care of her."

"Lucas?" She grasped at the unfamiliar name, trying to make sense of this.

"Lucas Santee. He runs my companies."

"The young woman hasn't agreed to go." And the lawyers obviously hoped she wouldn't.

"She will." Manning sent her a shrewd glance. "Won't you?"

She didn't like his attitude. Didn't like the feeling that he was manipulating her for some reason she couldn't understand. If she acted on instinct, she'd walk right out the door and go back to Ulee. She had plenty there to keep her busy until school started again.

But she wouldn't, because if she did, she'd never know the answers to the questions that haunted her. I hope this is what You want, Lord.